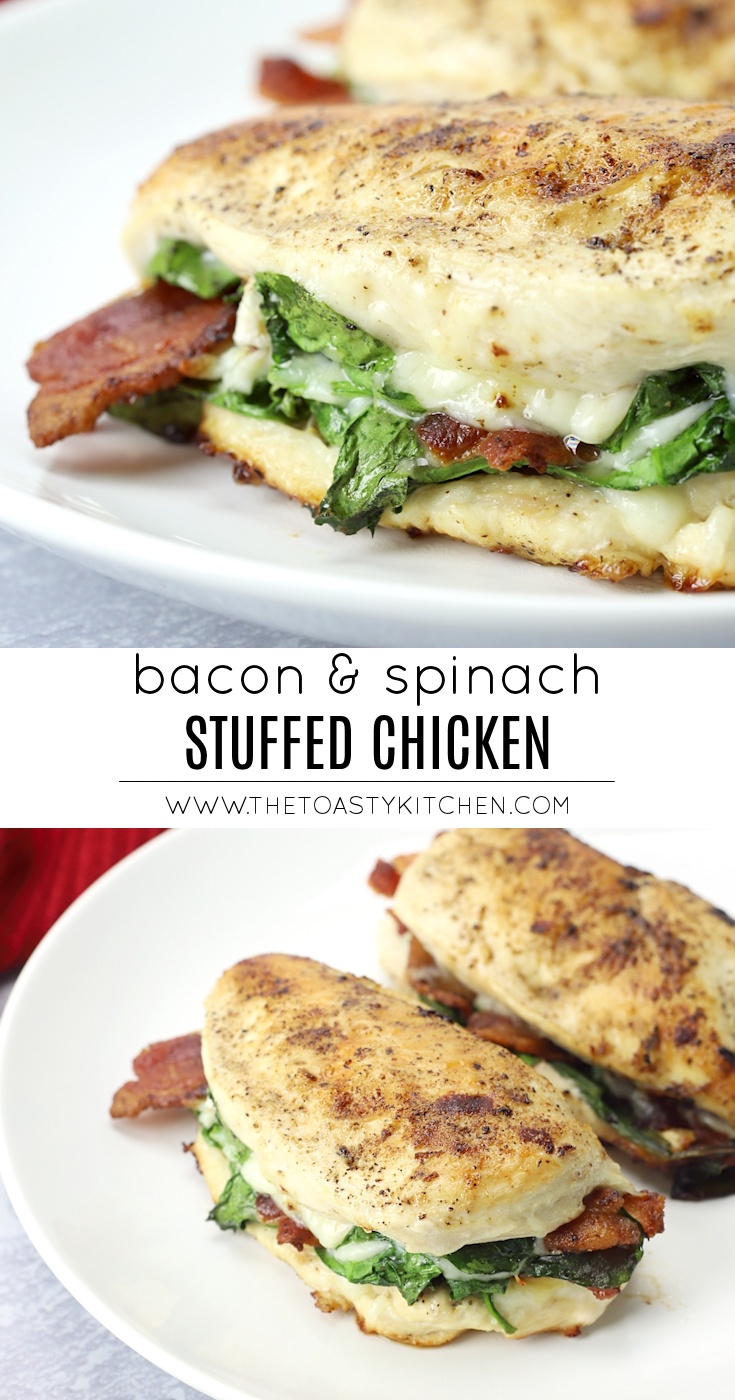 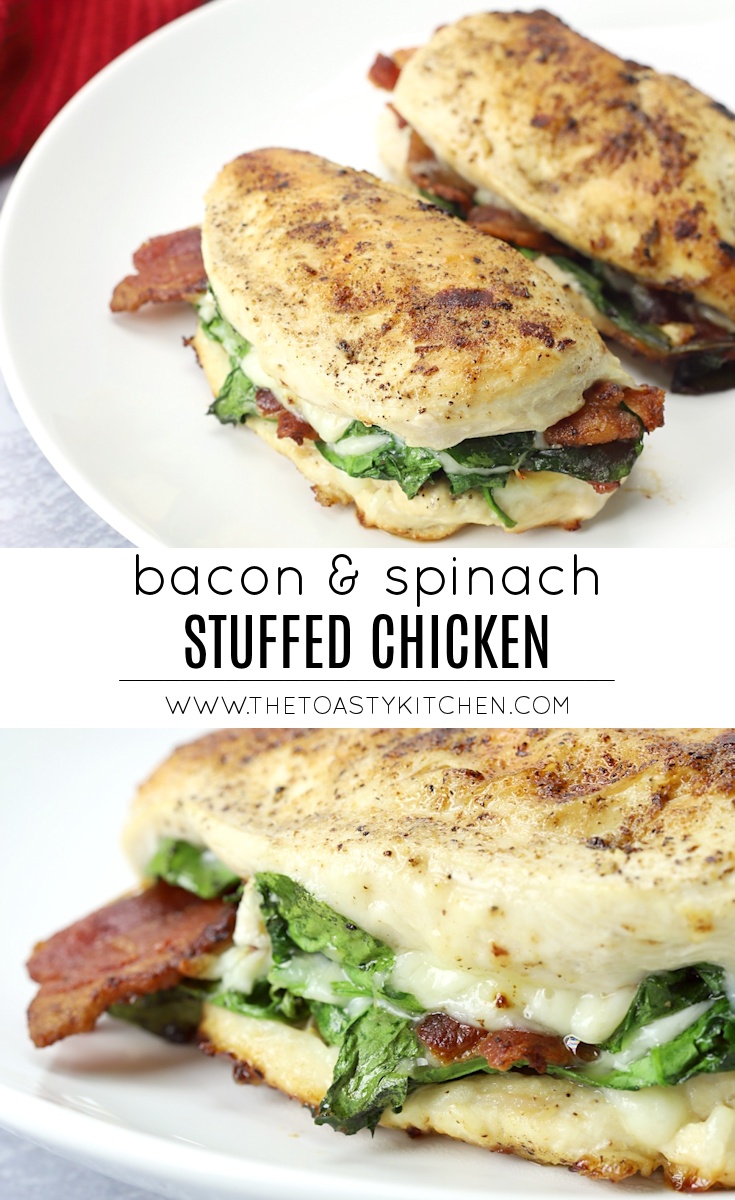 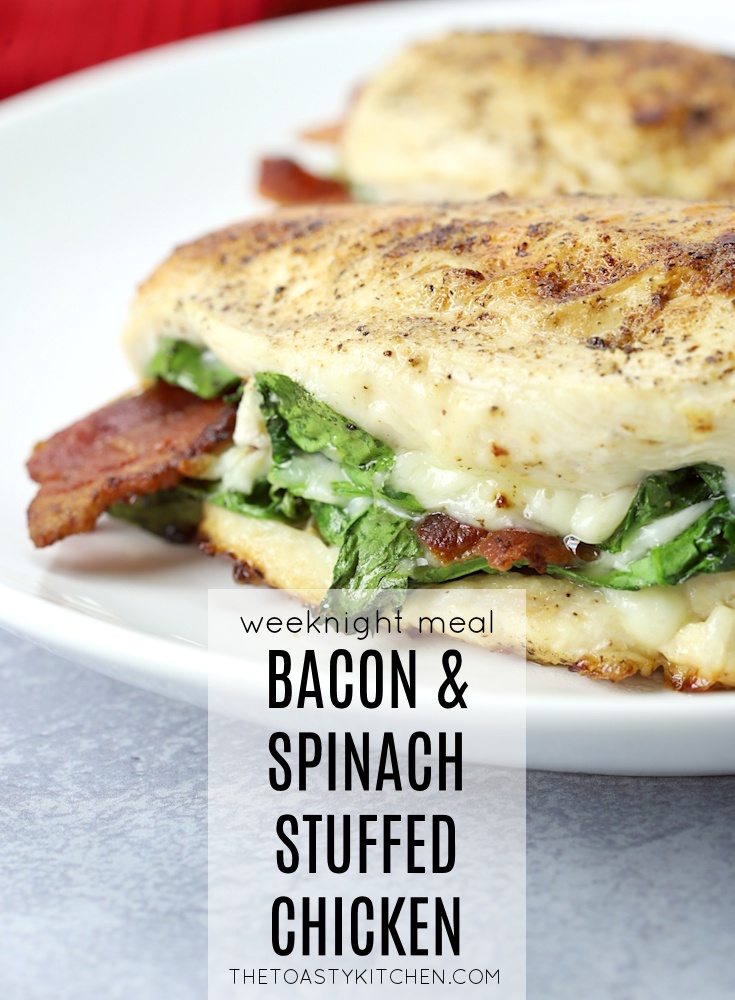 Bacon Spinach Stuffed Chicken is an easy to make, low carb meal. Chicken breasts are stuffed with bacon, spinach, and mozzarella cheese, then pan seared and finished in the oven. 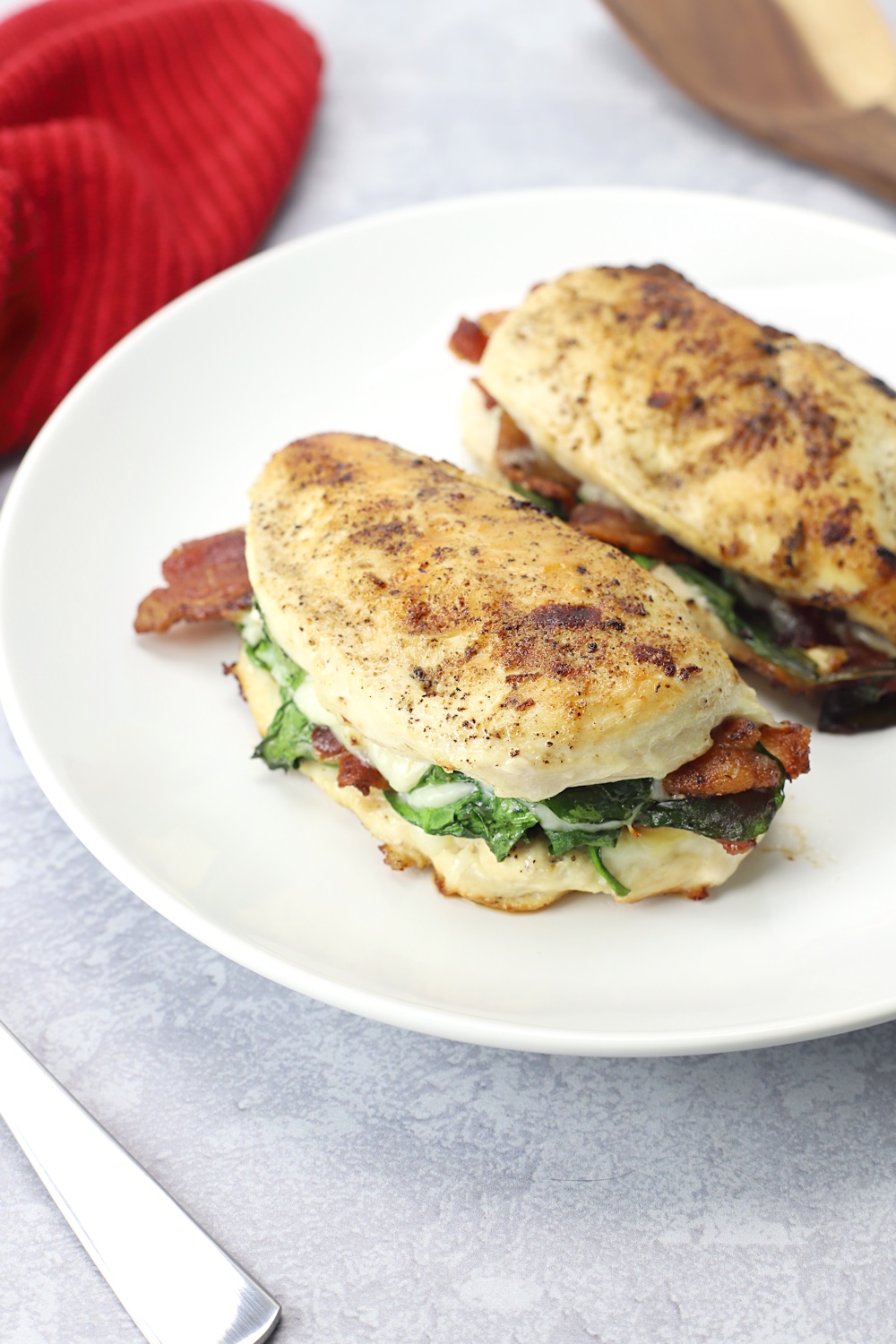 You'll love my recipe for bacon spinach stuffed chicken because not only is it filled with flavor, you'll have it on the table in less than 30 minutes.

Plus, this low carb recipe needs only five ingredients to make. Bacon pulls double duty in this recipe. It's cooked in a cast iron (or other oven safe) pan first, then the leftover bacon grease is used to sear both sides of your chicken breast.

Inside, your boneless, skinless chicken breasts are stuffed with fresh spinach, mozzarella cheese, and bacon. Surprisingly simple, but filled with flavor! Just add a dash of garlic powder and you're set. 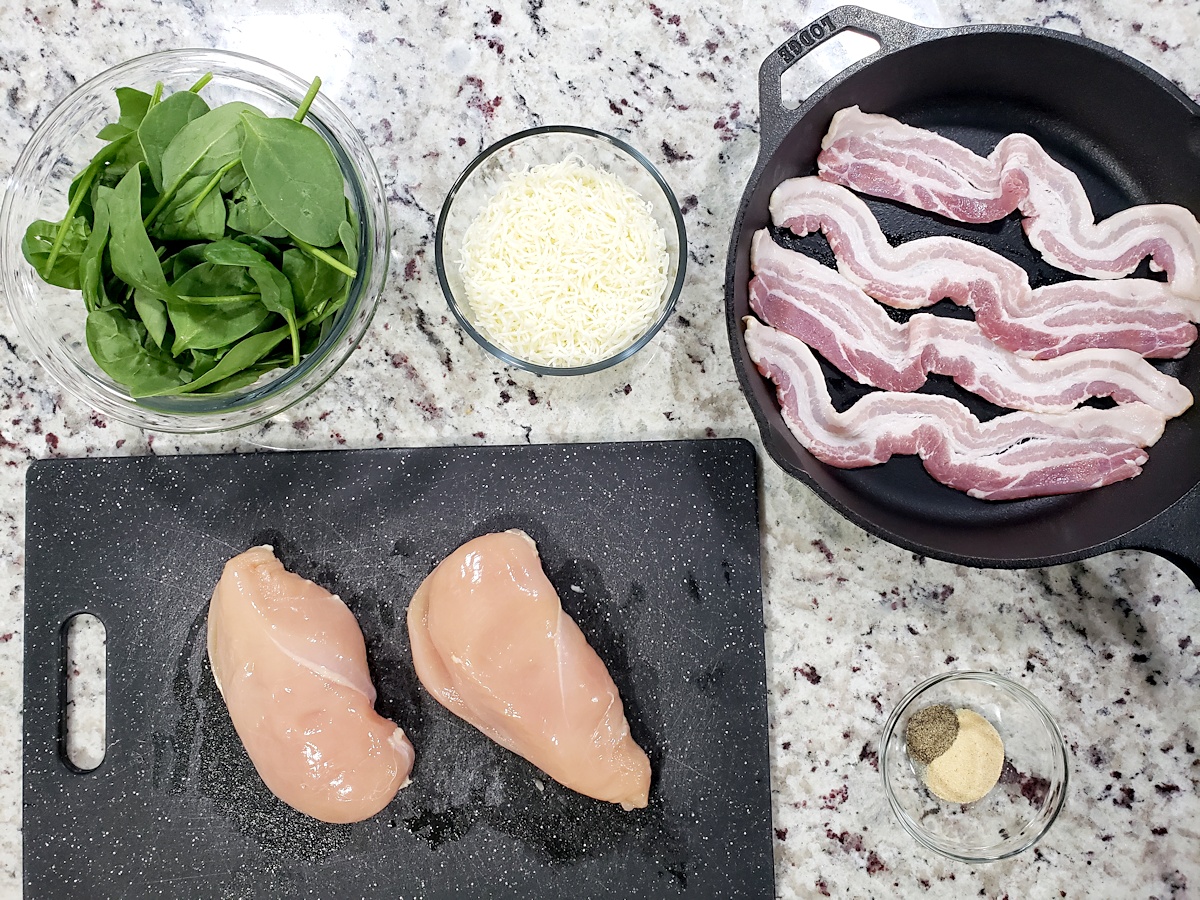 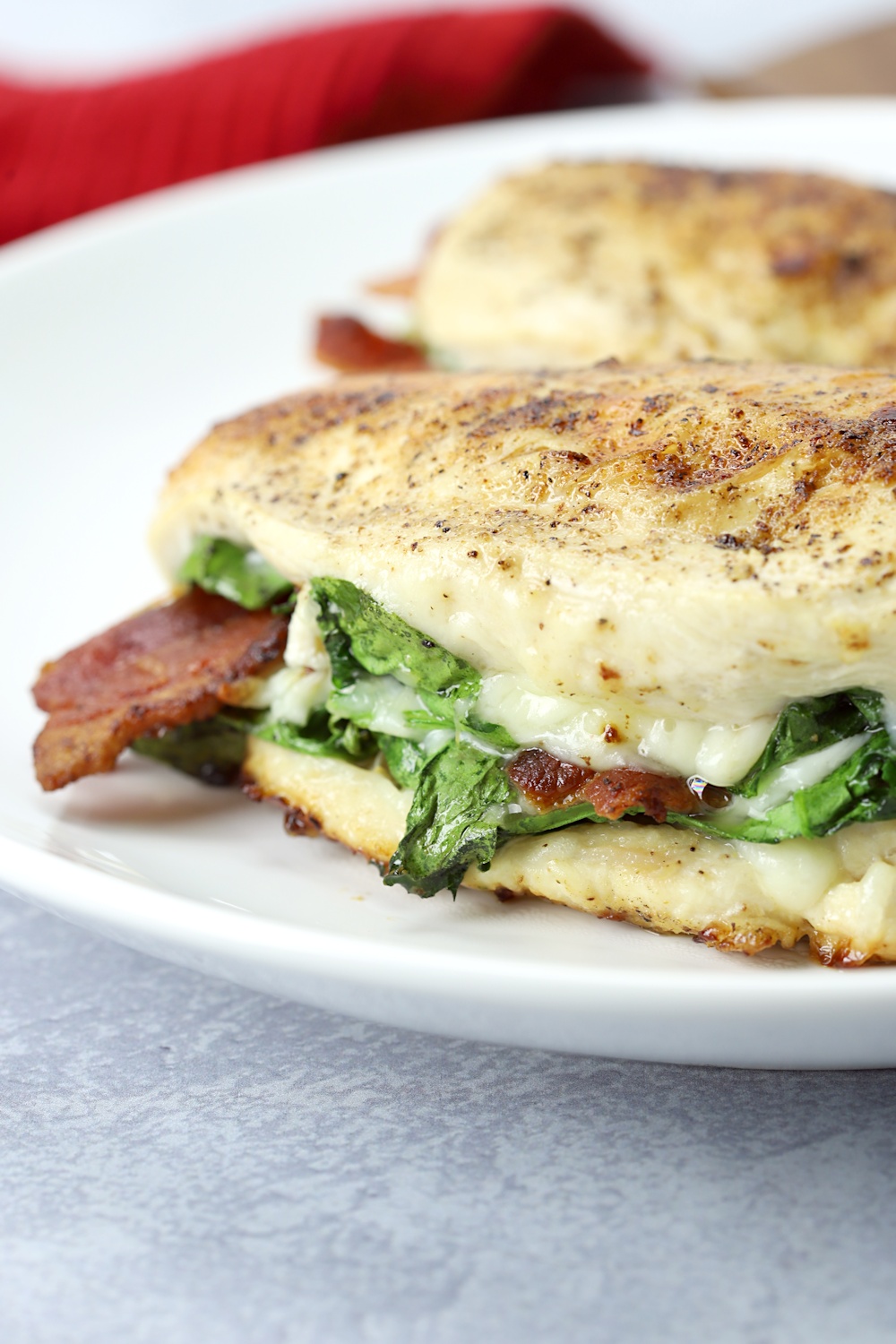 What type of pan to use

For this recipe, I love to use my cast iron skillet. Since you're starting your chicken on the stove, then finishing in the oven, you'll need an oven-proof skillet.

Cast iron pans are so incredibly easy to use and clean, and they're basically indestructible. Plus, they move from the stove top to the oven with ease.

I highly recommend having at least one cast iron pan in your kitchen. I also love to use mine for Skillet Cornbread.

Here is a great article if you are interested in learning more about the myths and realities of owning cast iron. 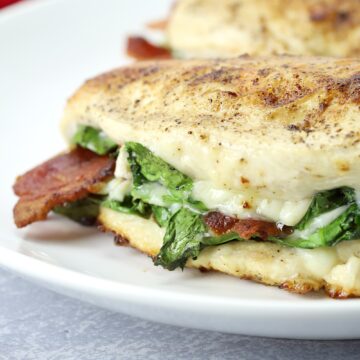 If you choose to omit bacon from this recipe - use 2 tablespoons of unsalted butter in your pan, and season chicken breasts with ½ teaspoon of salt before cooking.

« How To Make Gravy Without Drippings
Slow Cooker Chili »