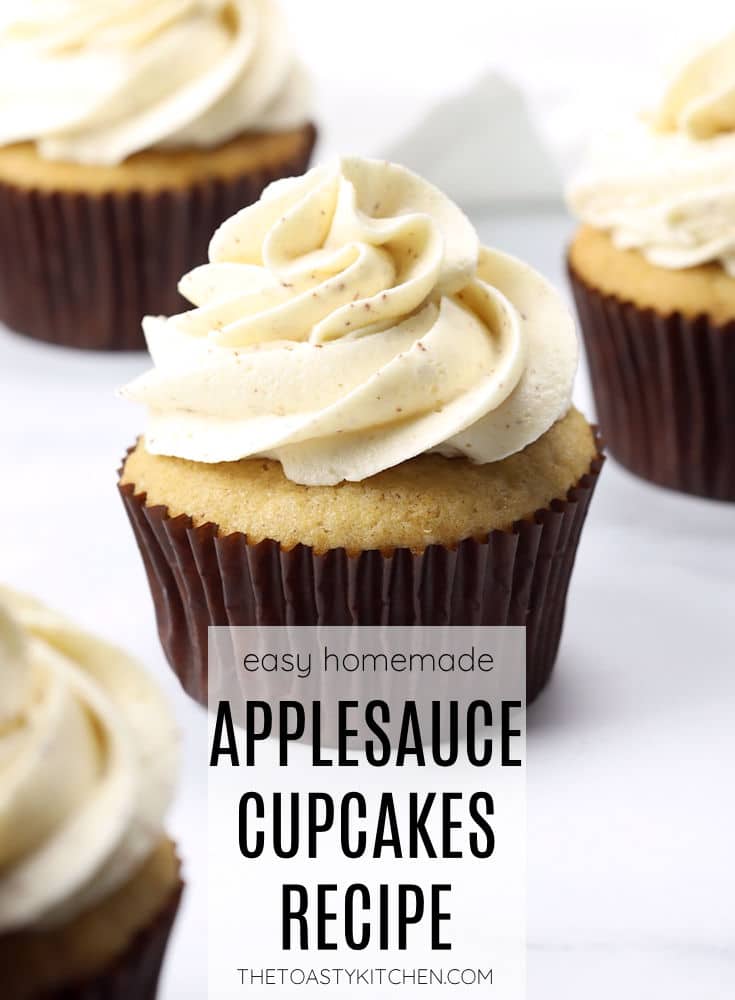 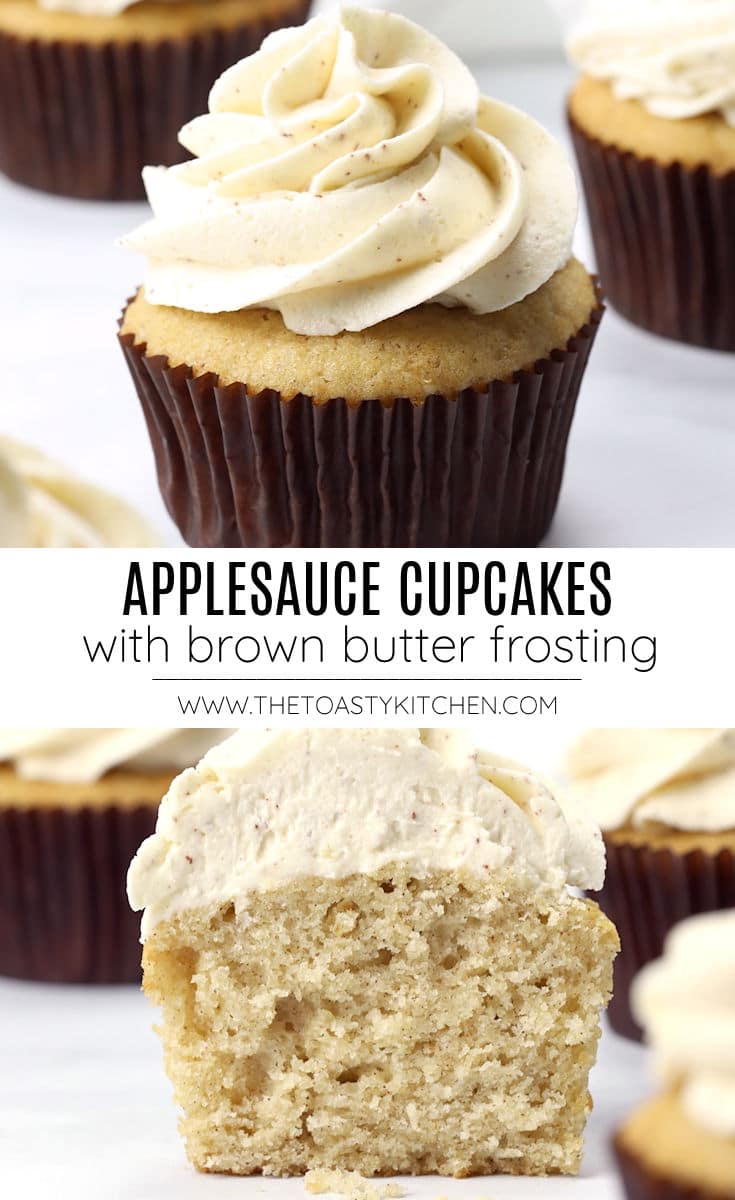 Applesauce cupcakes are an easy fall dessert to make from scratch. These cupcakes are tender and moist, with a soft apple flavor and a hint of cinnamon. Topped with rich brown butter frosting!

Everything about applesauce cupcakes gives off a cozy fall vibe. The taste of apples and cinnamon will fill your home while you bake. The browned butter gives a nutty and toasted flavor to the frosting.

I think these applesauce cupcakes are great year round, although they make a fantastic dessert especially for the Fourth of July, Thanksgiving, and Christmas. Another great option is my recipe for applesauce bars. 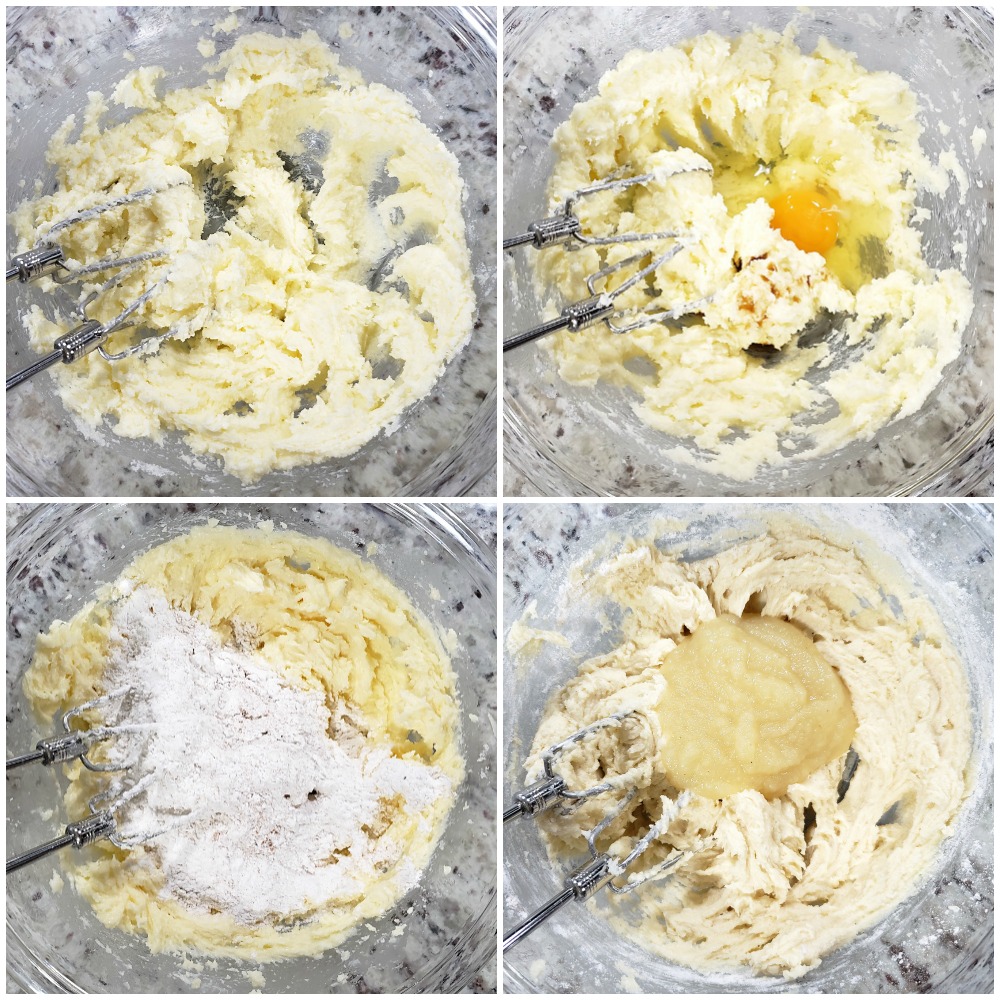 First, add your butter and sugar to a large bowl. Beat until creamed together. Then, add your egg and vanilla extract and beat until incorporated.

Your batter will be thick, as pictured.

When filling the cupcake liners with batter, I like to use a large cookie scoop (amazon affiliate link) which is the perfect size to fill a cupcake liner with a single scoop. This ensures that your cupcakes will all turn out the same size! It makes scooping batter a breeze.

When checking on your cupcakes, try sticking a toothpick into the center of one cupcake. If the toothpick comes out clean, or with crumbs - your cupcakes are done.

If the toothpick comes out with wet batter - your cupcakes need a few more minutes of baking.

How to brown butter

If you've never browned butter before, don't be scared of this additional step. It's as simple as warming butter in a saucepan until it begins to caramelize. 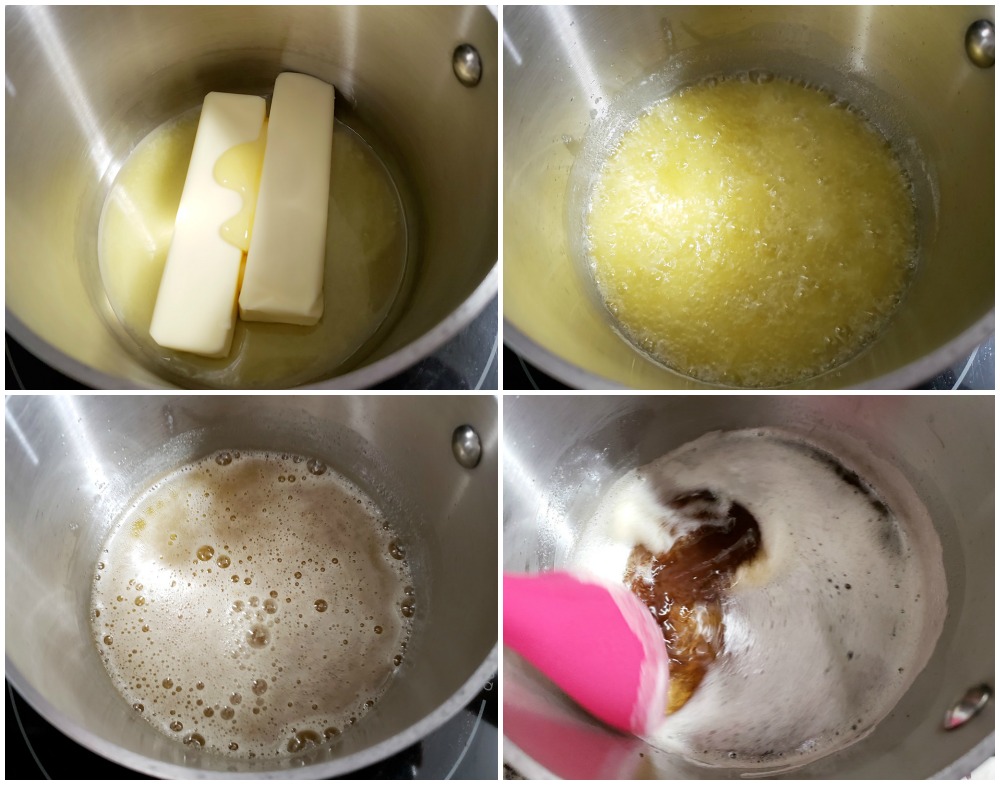 Simply melt your butter over medium heat in a saucepan. Once your butter is completely melted, you will want to stir frequently while small flecks of brown develop at the bottom of the pan.

When your butter begins to brown, it will happen quickly. You'll see deep golden flecks covering the bottom of your pan. Remove your pan from the heat and allow your butter to cool to room temperature.

To speed this process up, I pour my browned butter into a small bowl and refrigerate it for 15-20 minutes, or until the butter begins to solidify. You're looking for room temperature butter, not cold butter. 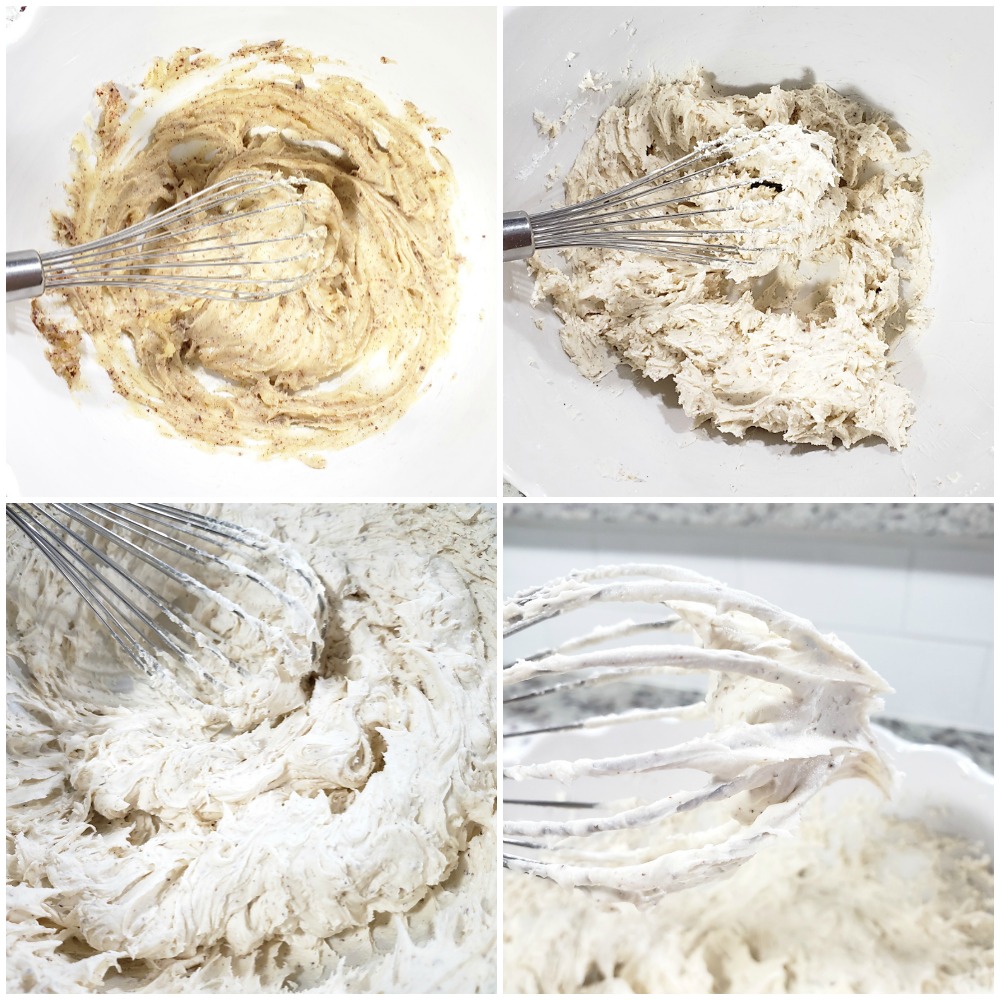 Once your butter has cooled, whip it in a large bowl until creamy. Then, add your confectioner's sugar, half at a time, until combined.

Last, add your vanilla extract and heavy cream and whip until fluffy. This recipe will make enough frosting to pipe frosting onto all 18 cupcakes as shown in the photos. Or, spread onto the top of each cupcake with a knife.

Cupcakes can be tricky if you've never made them before. Here are a few tips for success!

When making cupcakes, the most important thing to remember is do not over-mix your batter. When you beat the batter, you're slowly whipping air into it, making it fluffier. This can cause several issues:

To avoid this, simply mix just until the ingredients have been combined into your batter. If you're worried about over-mixing, just use a spoon instead of a mixer.

Also, room temperature ingredients are important when creaming together your wet ingredients. This ensures that your ingredients incorporate completely, leaving no clumps of butter or egg unmixed. 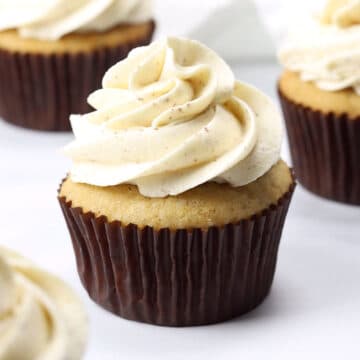