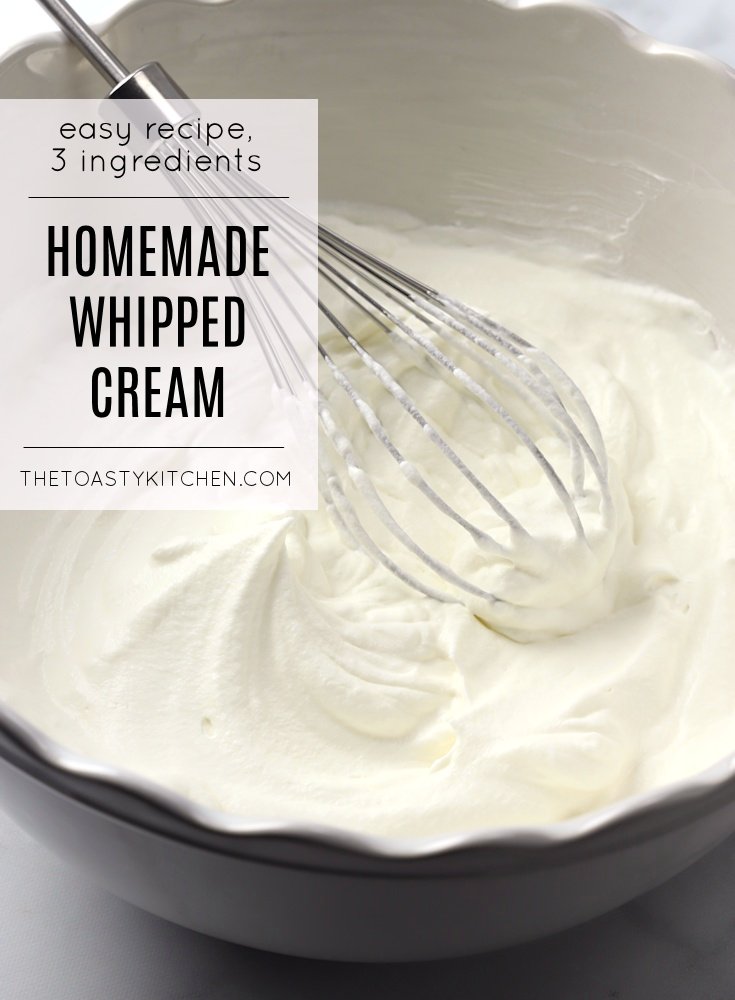 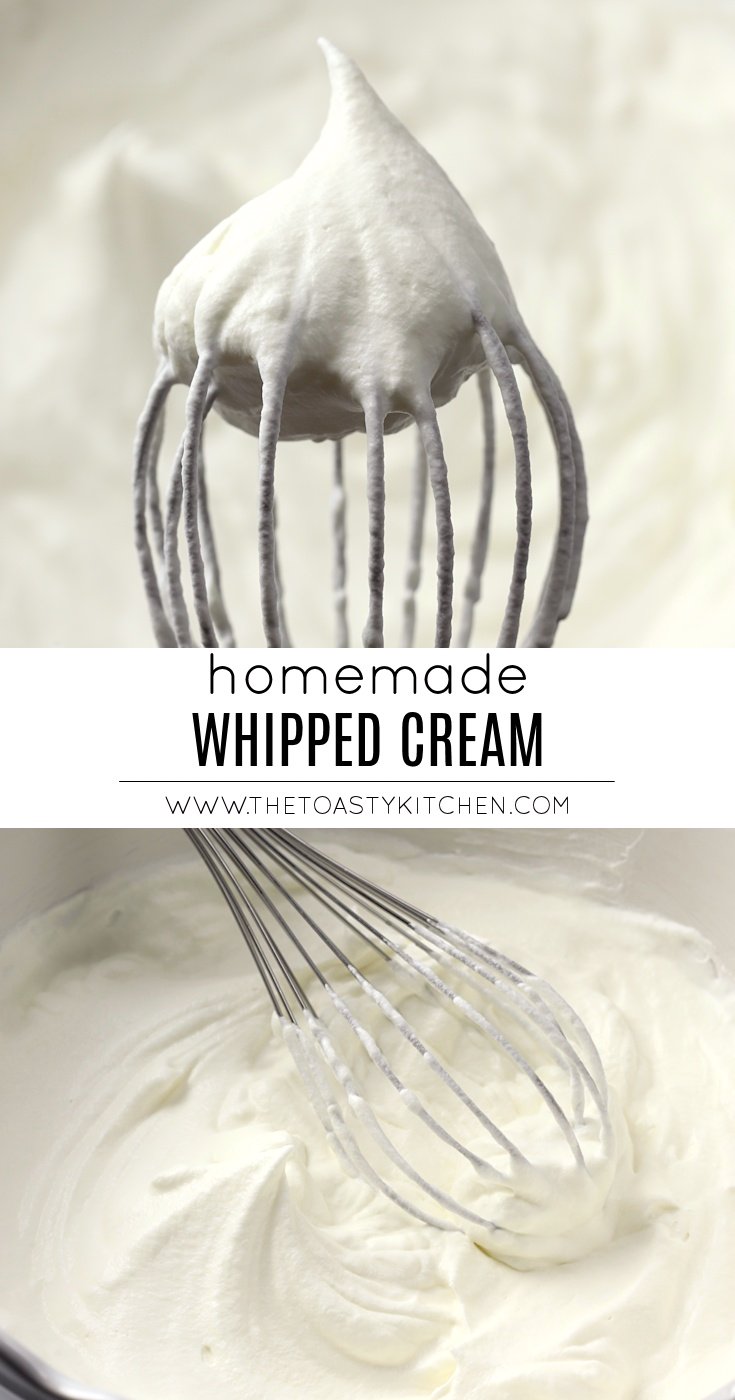 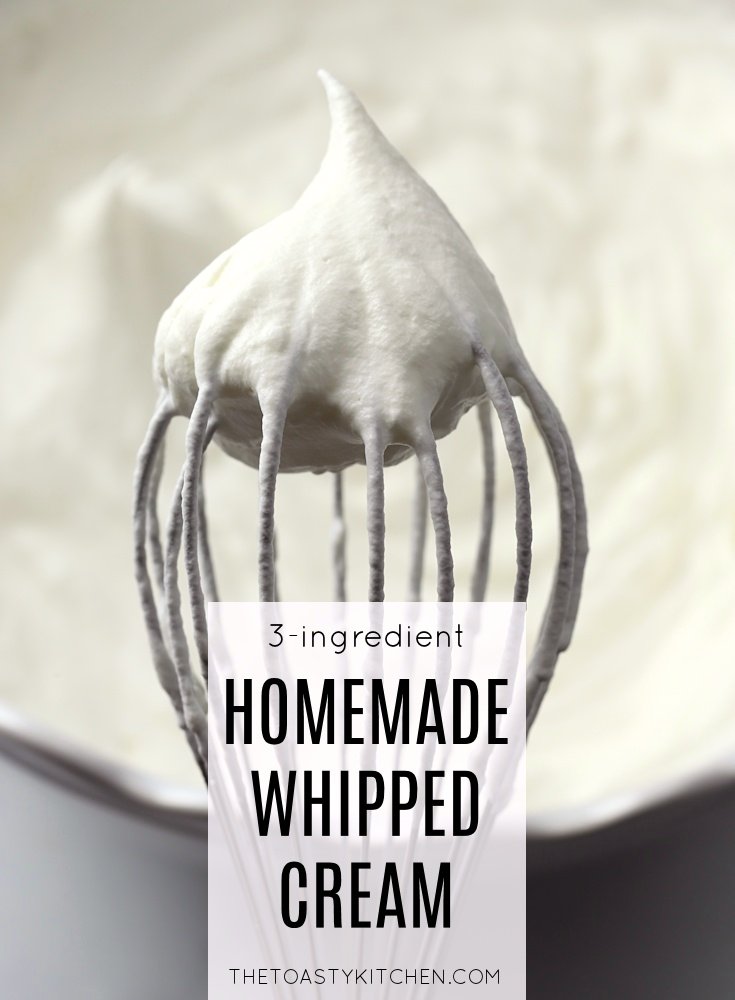 It's easier than you think to make your own homemade whipped cream. This recipe takes only three ingredients and a few minutes of time to make a fluffy, creamy, and luxurious batch of vanilla whipped cream.

If you've ever bought frozen whipped topping or aerosol whipped cream and been let down by their flavor or consistency - this recipe is for you. Make your own homemade whipped cream today and you'll never buy it from the store again.

It's the perfect topping for your next pecan pie, batch of mini cheesecakes, or blueberry galette. Any time you'd reach for a tub of Cool Whip, you can use this homemade version instead.

Light cream, half & half, or whole milk will not contain enough fat to whip into whipped cream. Heavy cream works because it contains 36% milkfat and will hold its shape when whipped.

"Whipping cream" falls somewhere in the middle, and contains slightly less milkfat (30%) than heavy cream. It can be used to make whipped cream, but will not hold its shape as well or for as long as heavy cream.

Making whipped cream is a simple process, but has a few requirements for success. Here are my favorite tips.

Here is a visual aid to assist in what to look for when making whipped cream.

This entire process should happen within about 2-3 minutes, but will vary based on how cold your cream is and how fast your mixer is whipping.

Ways to use whipped cream