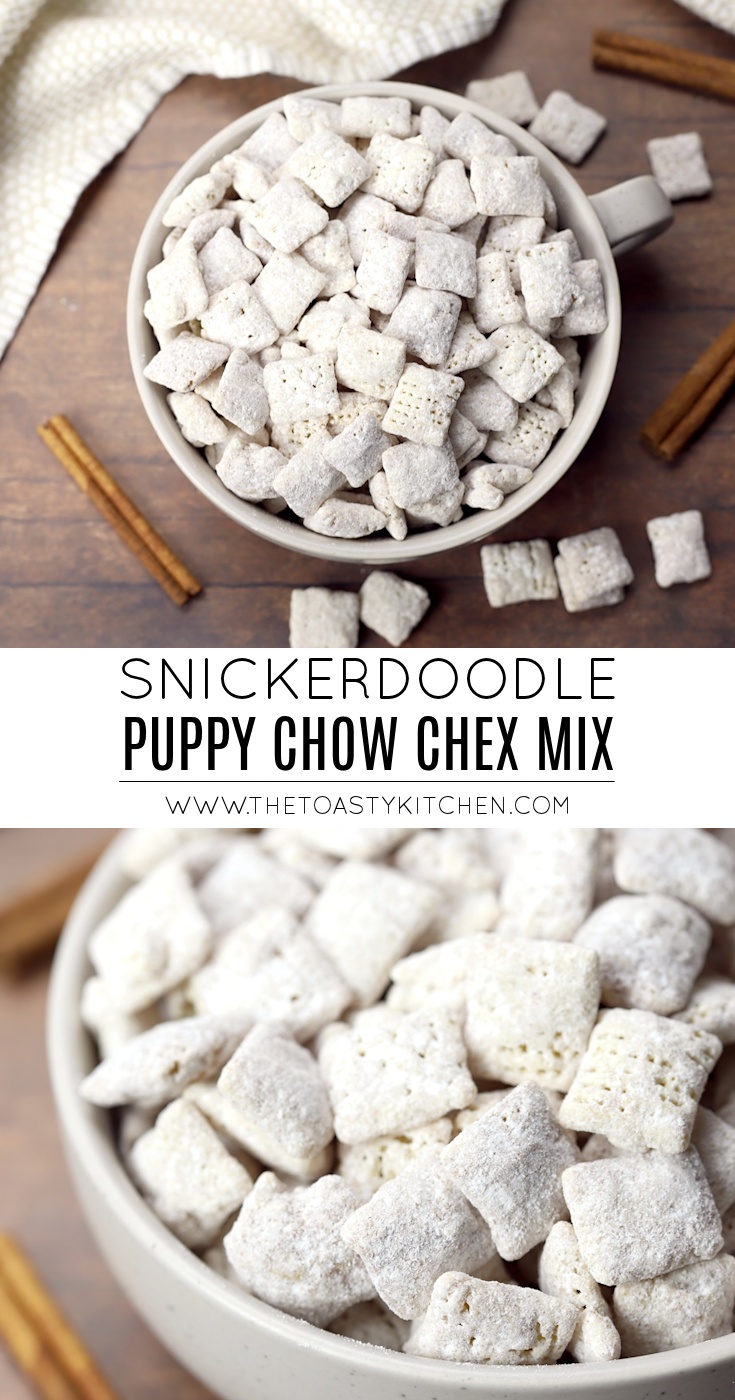 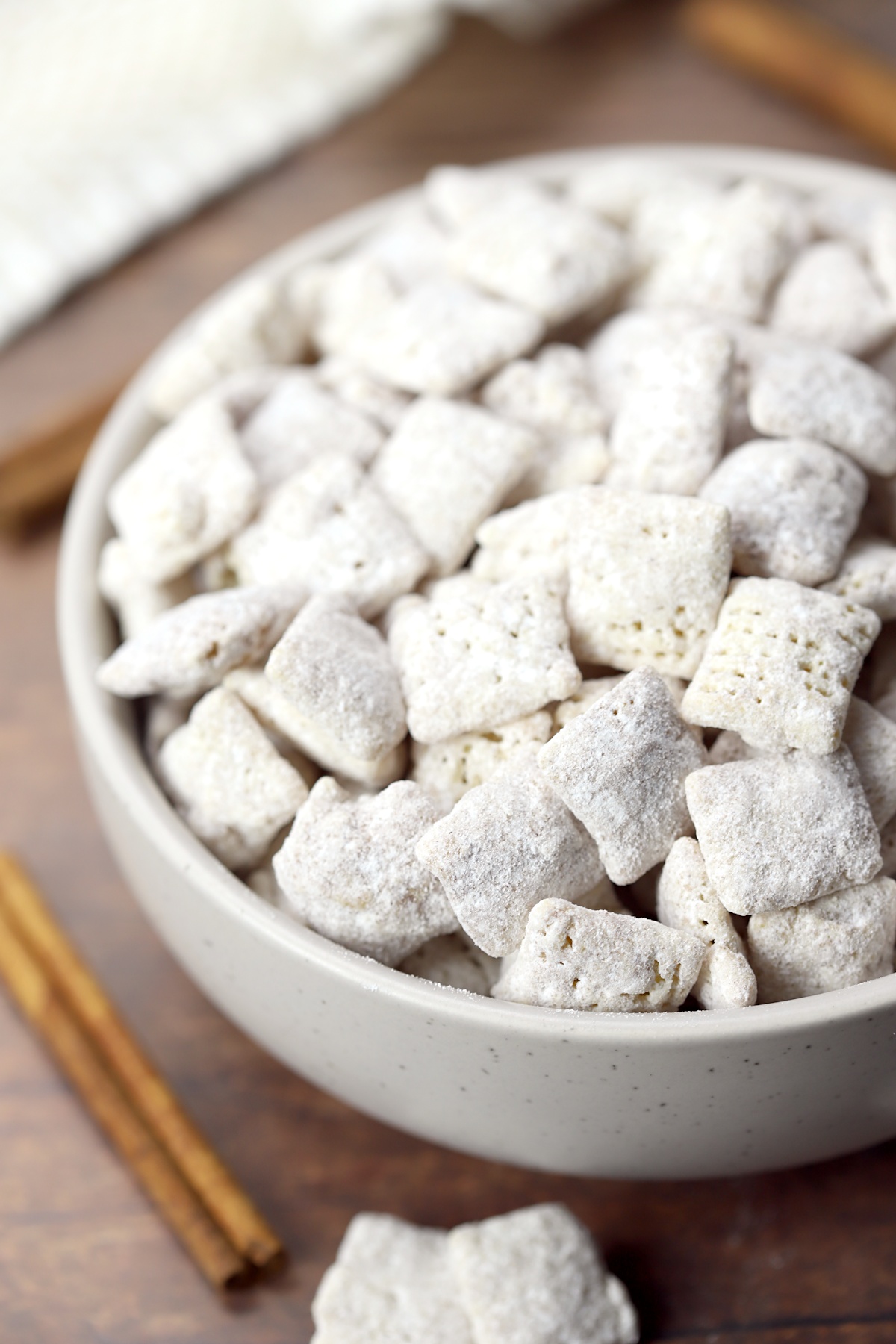 I can't get enough cinnamon this time of year. That's what makes this snickerdoodle muddy buddies the perfect snack for the fall season. Chex cereal is coated in melted white chocolate, then tossed in two types of sugar and cinnamon.

Puppy chow is a great snack for several reasons. One, you don't need to turn on the oven. Two, you can easily double or triple this recipe to feed a crowd. Three, you only need a few simple ingredients to make this addictive snack!

Snickerdoodle puppy chow is perfect for fall snacking. Readers love serving this for holidays like Halloween and Christmas!

What is puppy chow?

It should go without saying, but - snickerdoodle puppy chow is meant for humans only, not dogs!

This popular American snack was named "puppy chow" due to its similar look to the dog food with the same name. It's also known as muddy buddies or reindeer chow.

Traditional puppy chow, or muddy buddies, contains peanut butter. If you're not familiar, here is a fantastic recipe for a classic puppy chow.

However, nut allergies can be an issue, especially with kids, school parties, and birthdays. This snickerdoodle puppy chow contains no peanut butter, making it the perfect snack mix for your next Halloween party, event at school, or to add to birthday party grab bags. 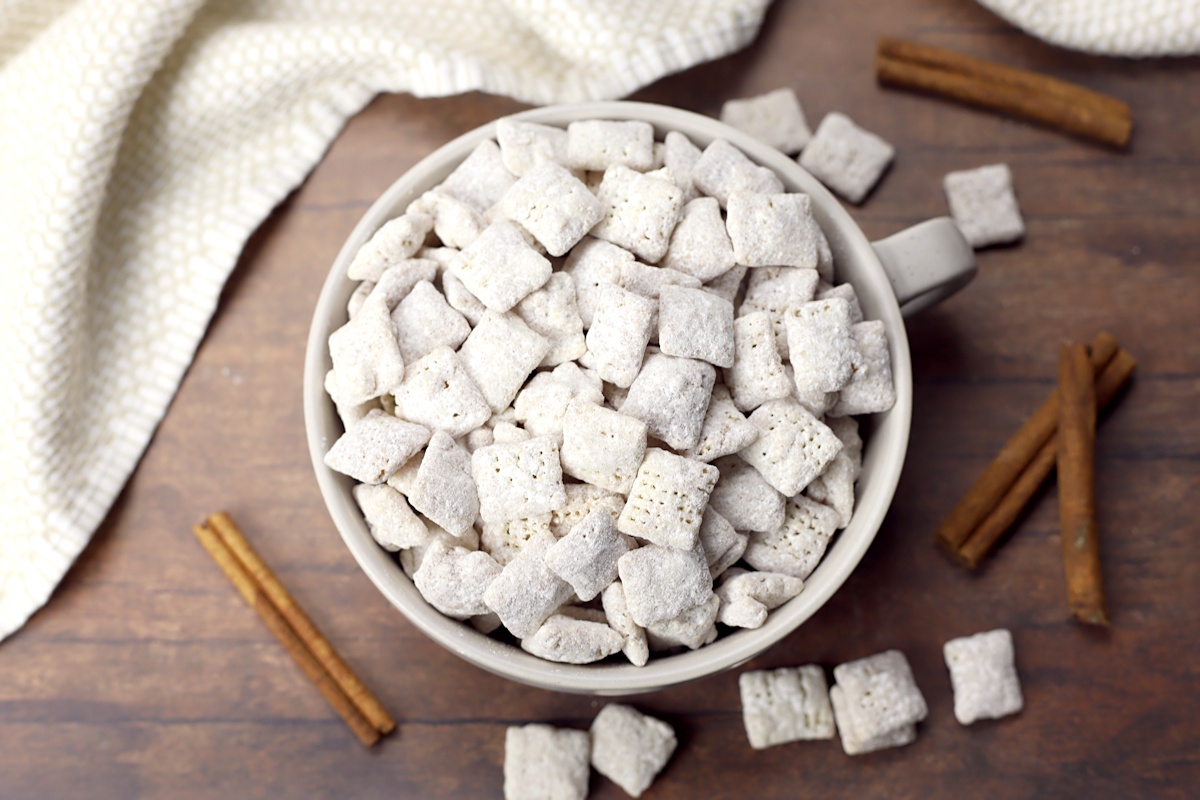 This recipe, as shown, makes about eight half cup servings. For a large party, this recipe can easily be doubled or tripled to fill a large bowl.

I'd suggest adding about 1 cup of mix-ins for every 4 cups of chex cereal used. Here are a few ideas to get you started: 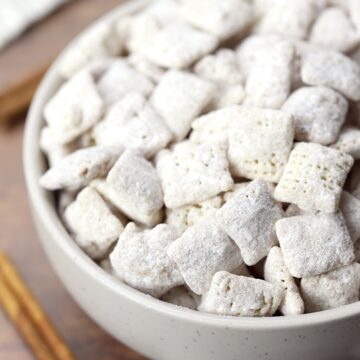