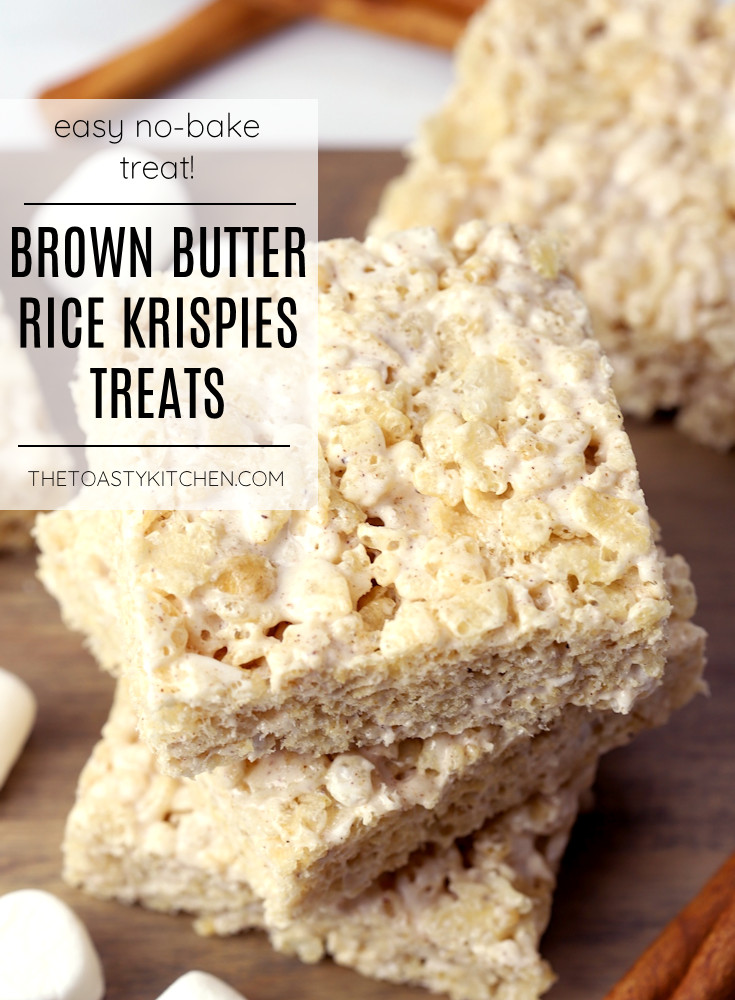 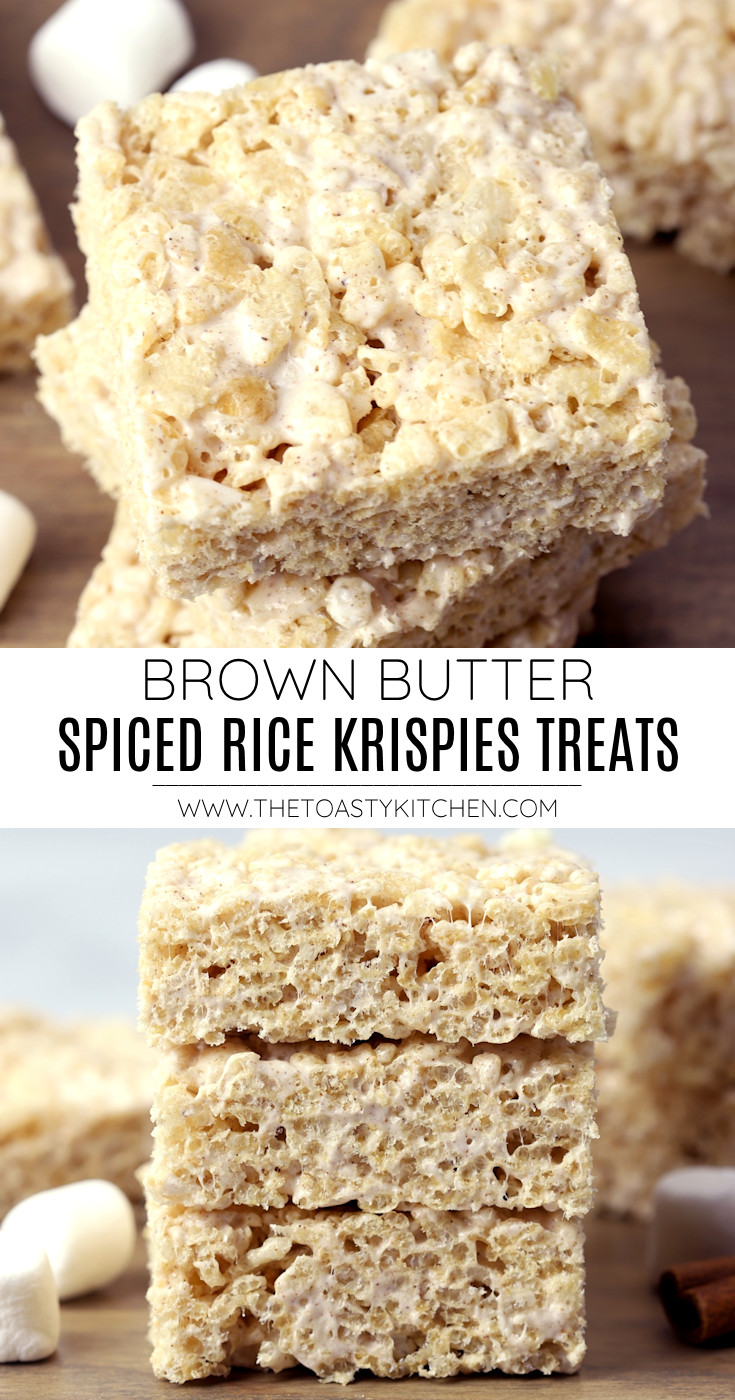 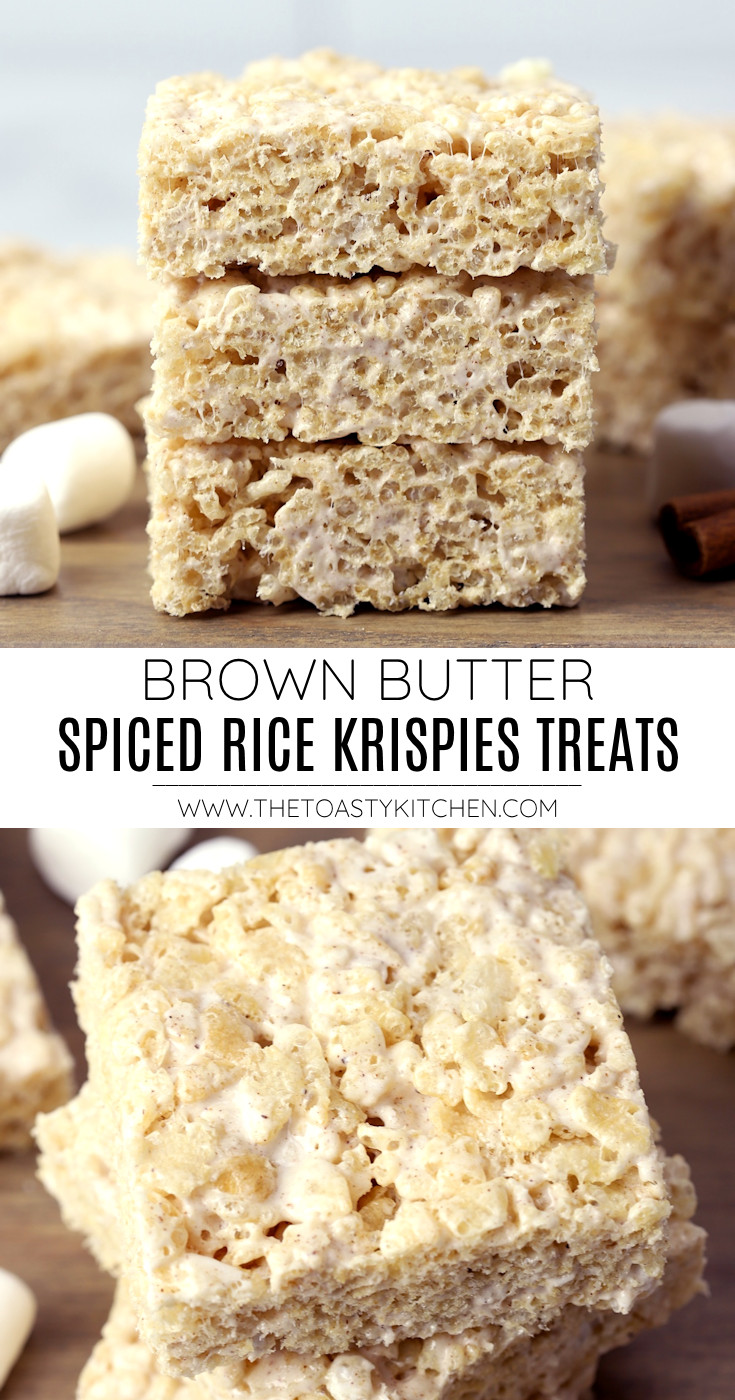 These crisp rice treats include some of the best fall flavors - a caramelized brown butter, and warm spices like cinnamon and ginger.

The best part? These dessert treats are ready in less than 30 minutes and require no baking!

If you've never had them before, rice krispies are a crispy, crunchy, puffed rice cereal. They are easy to incorporate into baking because they don't have a strong flavor on their own.

With the addition of cinnamon, nutmeg, and ginger, as well as homemade brown butter, these treats are perfectly flavored for fall. Serve these at your next Halloween or Thanksgiving gathering.

Ready to make a batch of rice krispies treats? For this recipe, you'll need a large saucepan and a 9x13 pan. You'll want to lightly grease your pan, or line it with parchment paper.

Browning butter is as simple as melting butter in a saucepan over medium heat and allowing it to brown in the pan.

Whisk your butter frequently while it cooks. This helps you keep an eye on it as it browns, and also scrapes up the browned bits from the bottom of the pan.

You'll notice flakes of brown starting to form on the bottom of the pan after about 4 to 5 minutes.

Once your butter begins to look golden brown and you have a good amount of lightly browned flakes, remove your butter from the heat.

Make ahead and storing

Rice krispies treats are best served within about a day of preparing. They tend to dry out quickly, so I suggest enjoying your rice krispies within two days.

To keep your treats fresh for as long as possible, store them at room temperature in a tightly sealed container.

Yes, rice krispies treats can be frozen! If you have leftovers and don't want to toss them, I recommend freezing your treats by day two.

Layer your bars between sheets of wax paper in an airtight container. They should last about six weeks in the freezer when stored properly.

Remove your treats from the freezer and allow to set at room temperature for at least 15 minutes before enjoying. 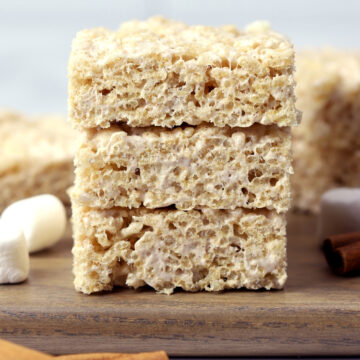