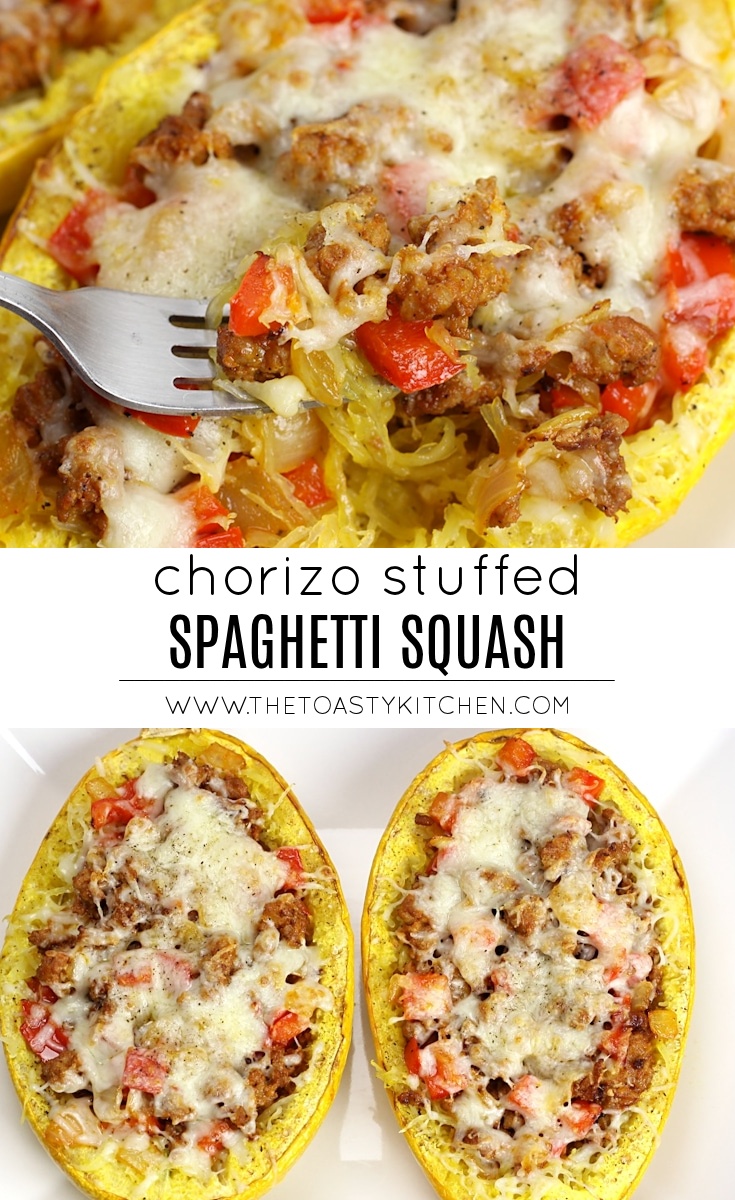 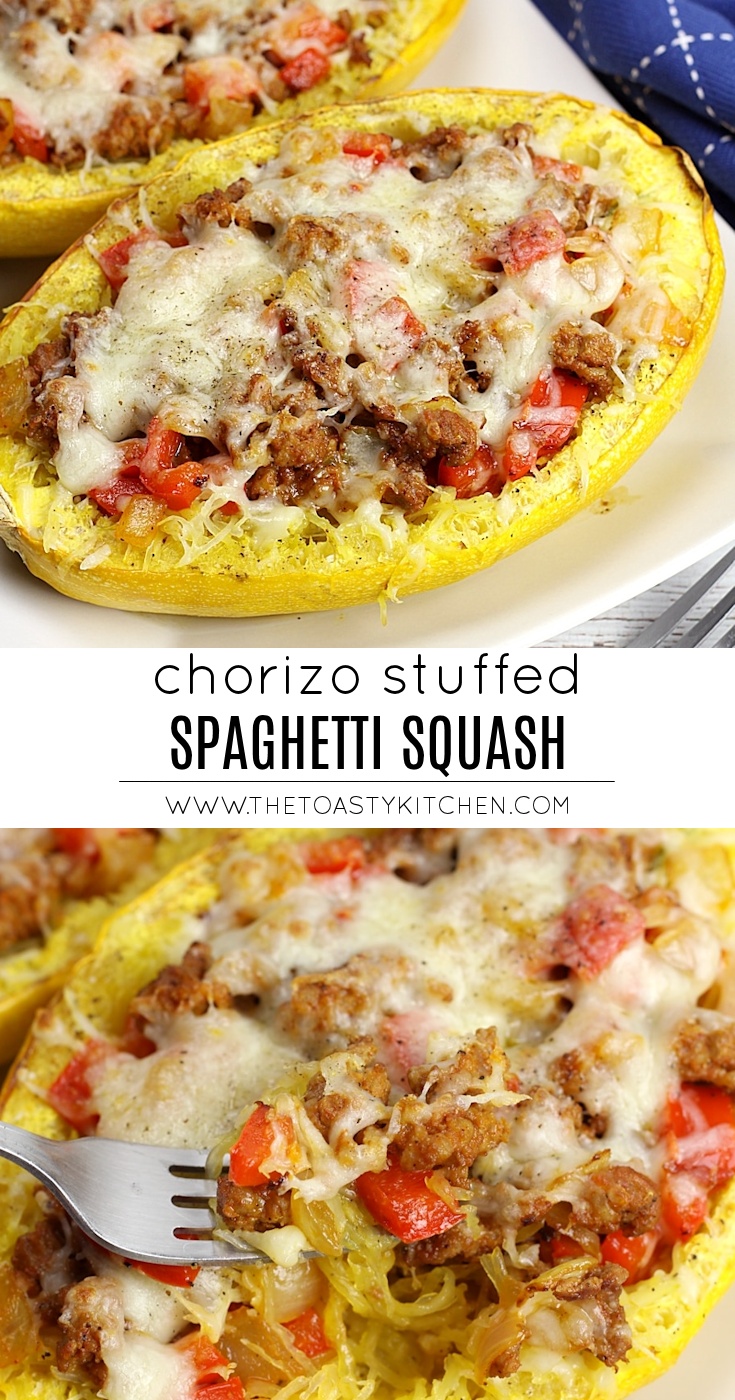 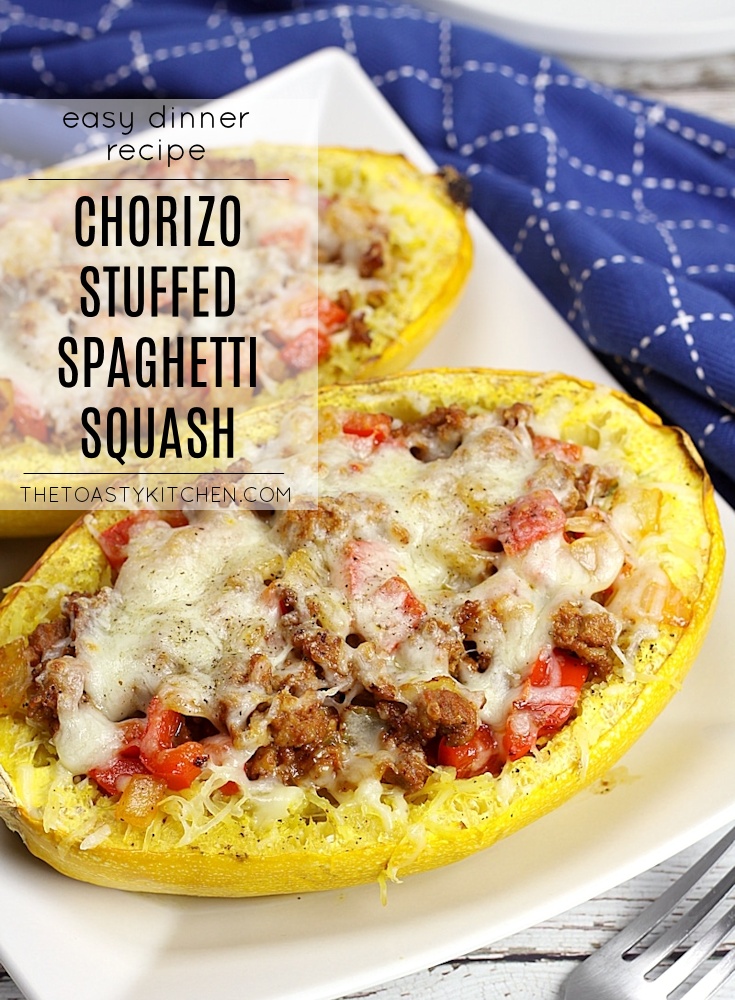 Chorizo Stuffed Spaghetti Squash is an easy, gluten-free, and flavorful meal for two. Spaghetti squash is roasted and filled with chorizo, peppers, and onions, then smothered in melted cheese.

These Chorizo Stuffed Spaghetti Squash bowls are a fun and surprisingly simple dinner. They're filled with flavor and easy to make with just a handful of ingredients.

A whole spaghetti squash is sliced in half to create the bowls for your meal. Your squash is then filled with crumbled and cooked chorizo, bell pepper, and onion, then smothered in melted cheese.

Never had spaghetti squash before? It's much like chicken, in that it doesn't have a strong flavor on its own. Instead, spaghetti squash takes on the flavor of whatever you add to the dish.

It doesn't have a strong "squash flavor" like butternut or acorn squash. It really is like nature's pasta!

I like to slice off the very bottom and very top of my squash, giving me a flat surface to balance on while I slice the squash again, lengthwise.

Spaghetti squash skin can be very tough, and may require a bit of muscle to slice through. If you're having trouble slicing your squash, here's a tip.

Pierce your squash all over with a fork, then microwave for 2-3 minutes, or until the skin is soft enough to cut through. Be careful - it may be hot straight from the microwave.

Once your squash is sliced in half, you'll want to scoop out the seeds and discard them.

If you've never had it before, chorizo is a spicy sausage that's the perfect pairing for the mild flavor of spaghetti squash.

If you don't have chorizo on hand, any spicy sausage would work as a replacement. 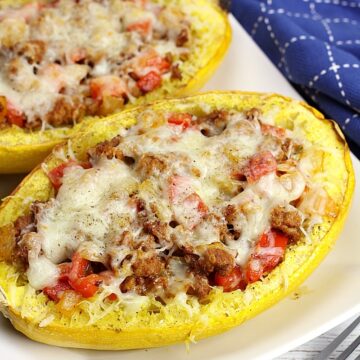