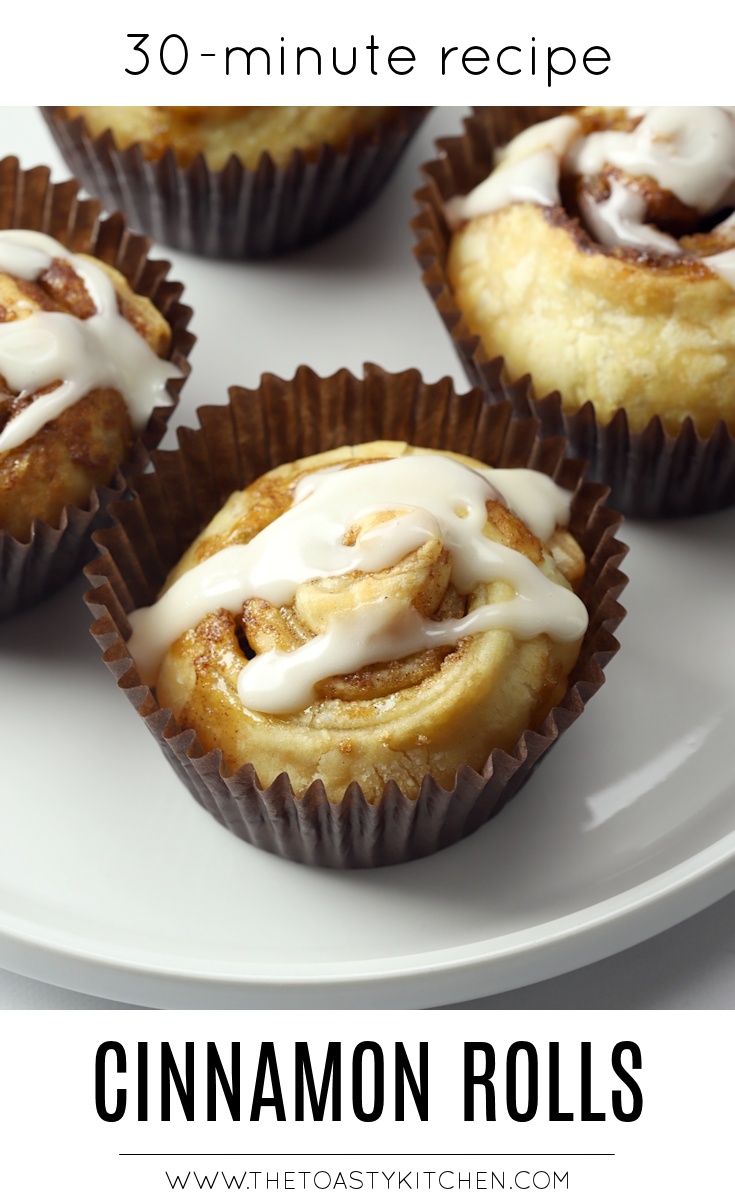 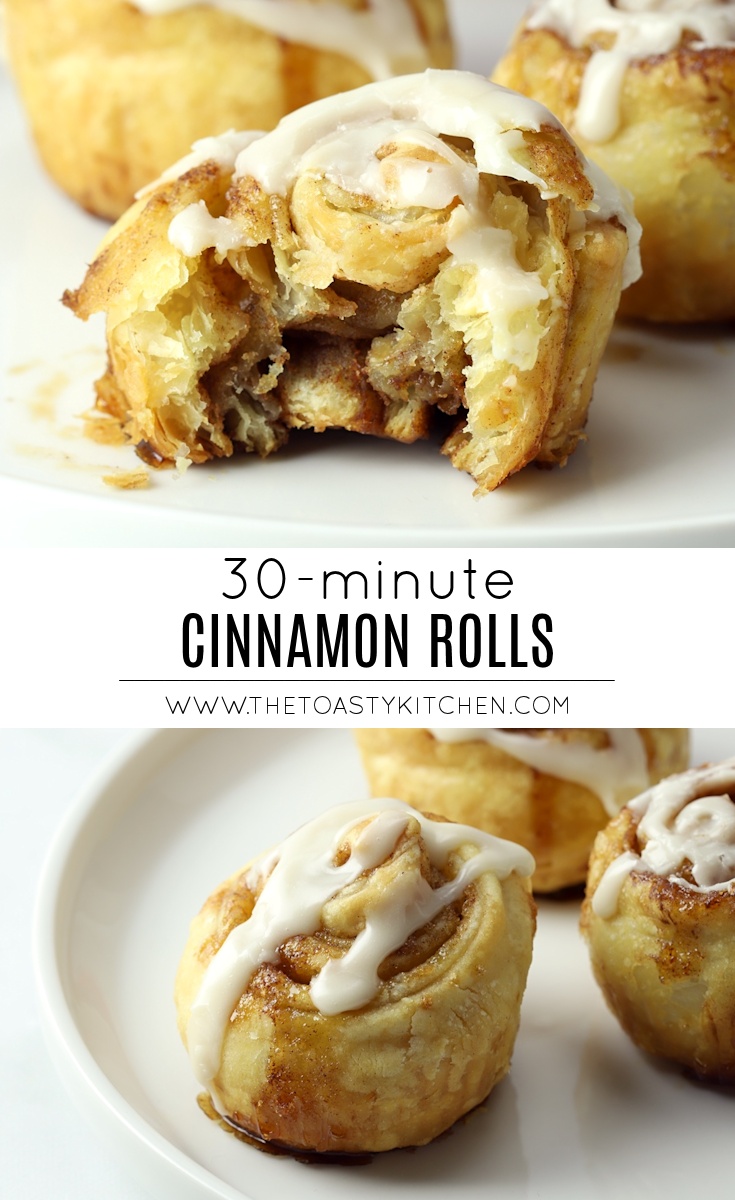 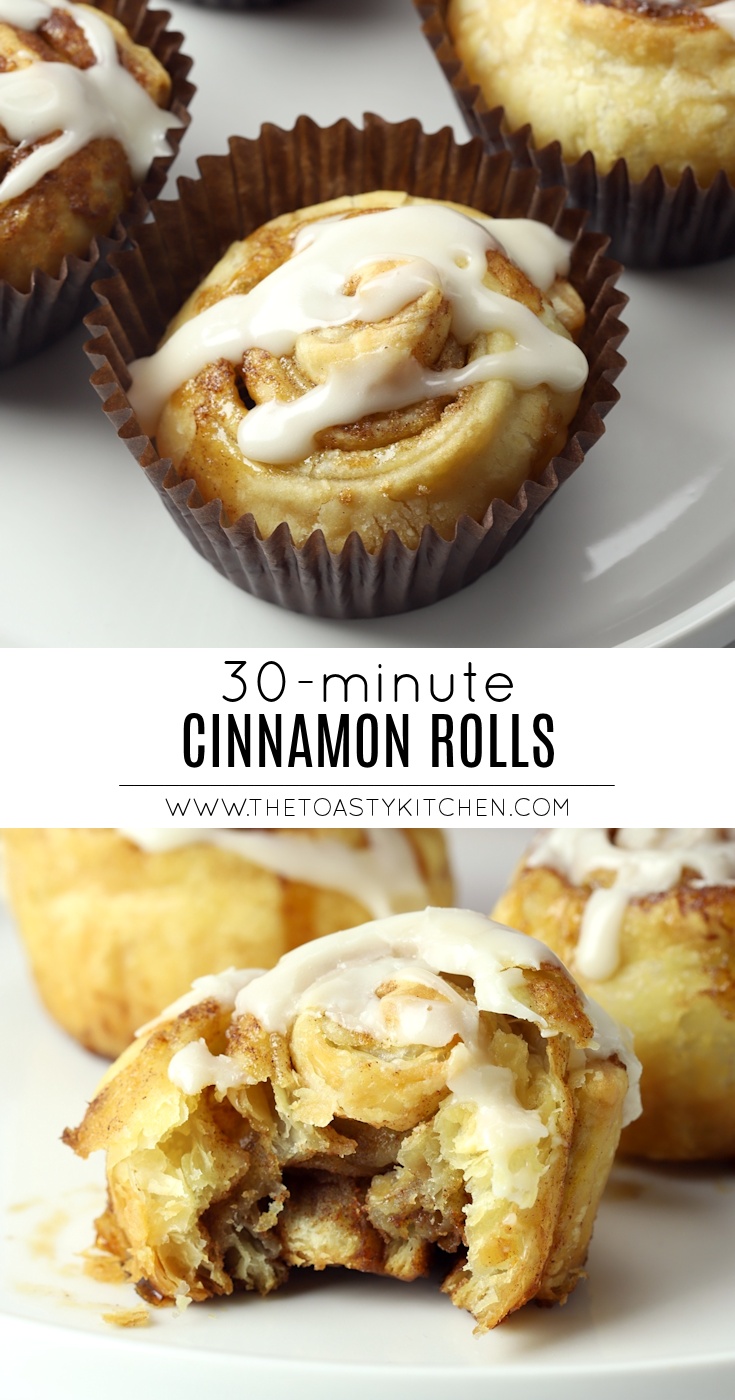 30 minute cinnamon rolls are made with puff pastry, making them soft, flaky, and buttery. Drizzled in homemade icing, they're big on cinnamon flavor and ready in just 30 minutes.

There is a secret weapon I like to use for these cinnamon rolls - puff pastry. It is an amazing time saver in the kitchen! Puff pastry is a dough that contains layers of butter and dough that are folded many times to create the flaky consistency.

I like to make these cinnamon rolls in a muffin pan for ease of serving, consistent baking for each cinnamon roll, and less messy cleanup after breakfast. However, they can also be baked together in a baking pan.

Puff pastry can be found in the freezer section of your local grocery store. It can be substituted with homemade puff pastry if you happen to have some on hand.

Brown sugar can be substituted with granulated sugar, but I prefer the caramelized flavor that brown sugar lends to this recipe.

For a different flavor, cinnamon can be substituted with a chai spice blend.

If you don't have muffin pan liners, I'd suggest lining a 10 inch round baking pan with parchment paper and placing each cinnamon roll about 1 inch apart.

I do not suggest baking your cinnamon rolls on a baking sheet because with enough space, your puff pastry will unravel as it bakes.

Set your icing aside until your cinnamon rolls come out of the oven. Then, drizzle over your rolls while they're still warm. 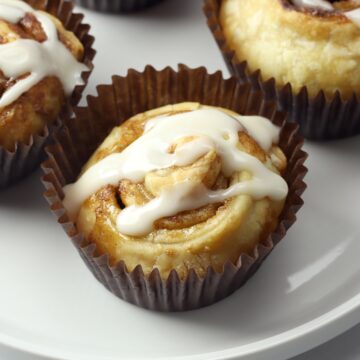