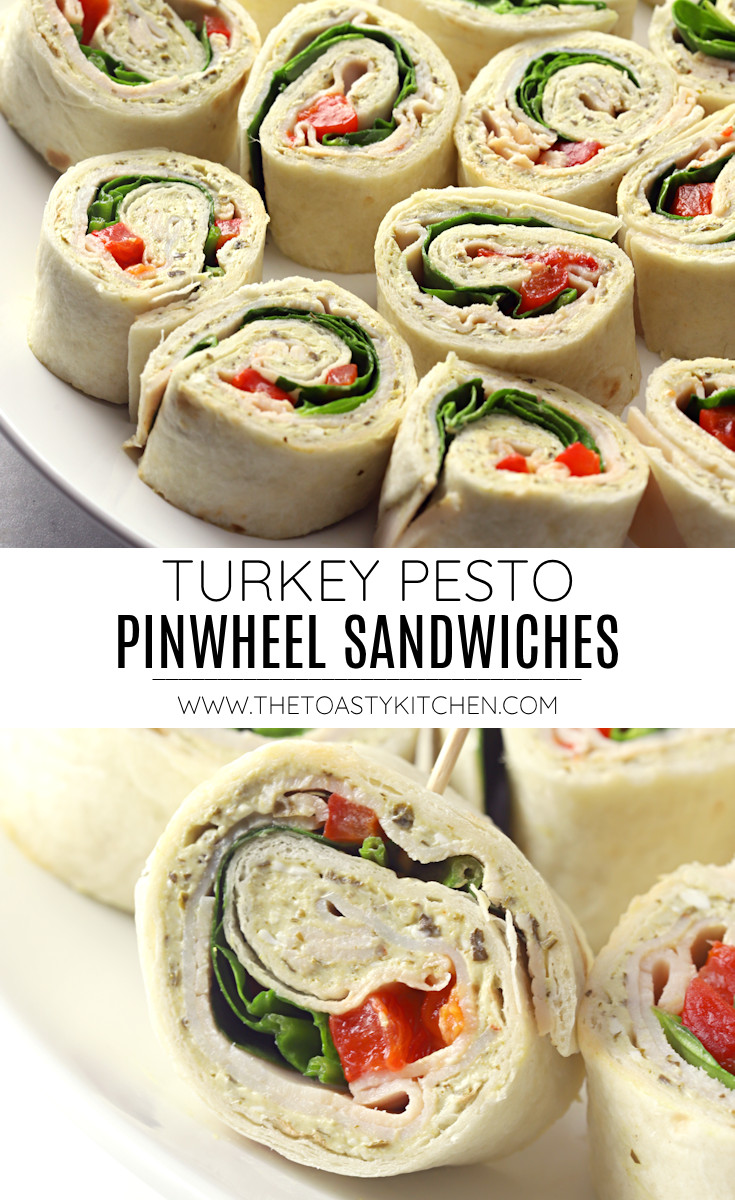 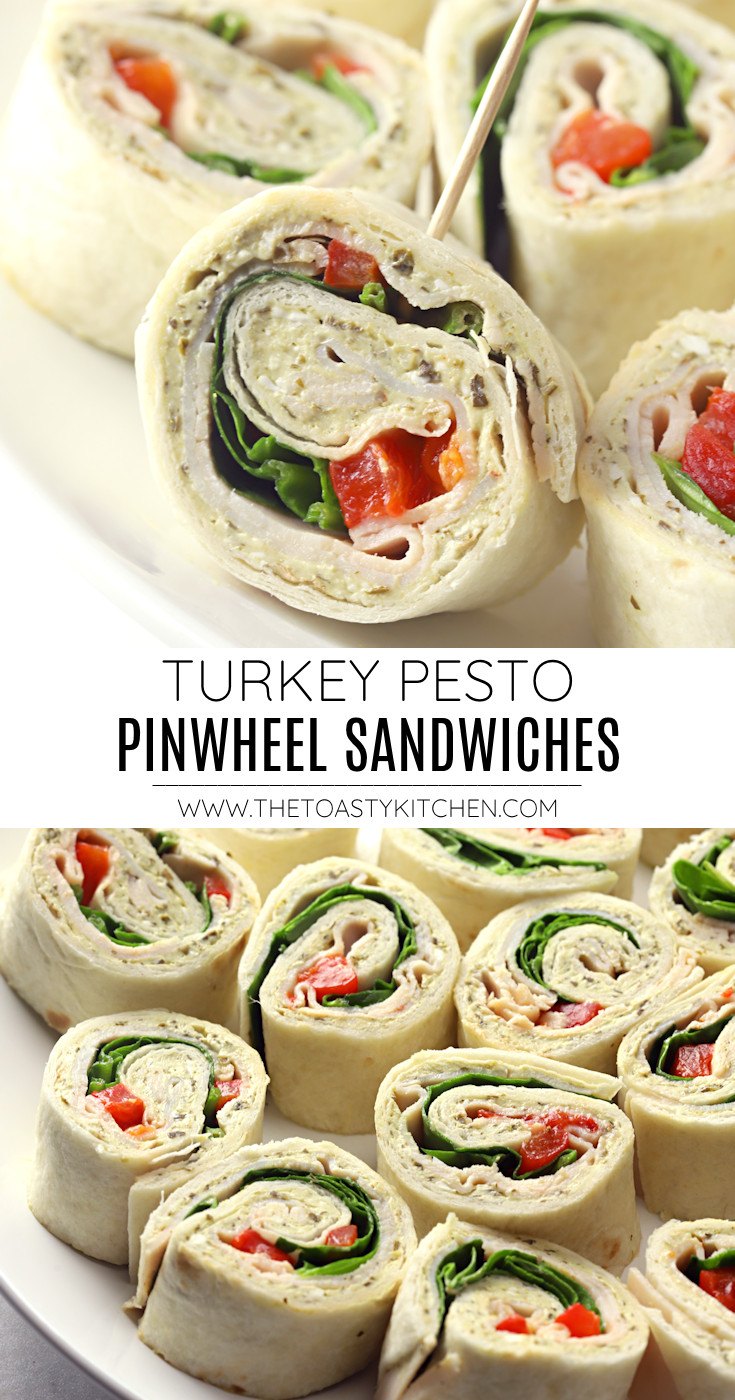 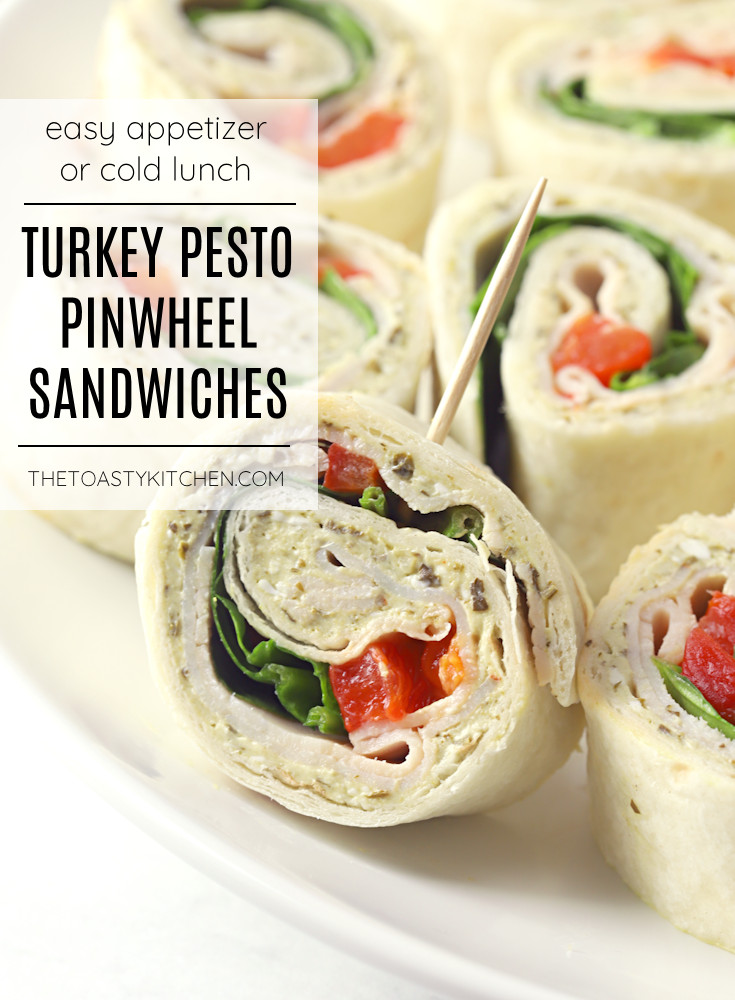 Pinwheel sandwiches are the perfect addition to your next party appetizer spread. They're easy to assemble and eye catching!

Flour tortillas are filled with sliced turkey, roasted red peppers, spinach, and a simple pesto cream cheese spread. Plus, they're easy to assemble and store in the refrigerator until ready to serve.

Not only do they make a great party appetizer, but they can double as a quick, on the go lunch! Pack a handful of pinwheel sandwiches instead of the usual ham and cheese. Great for lunch boxes!

I used 10-inch 'soft taco' sized tortillas for my pinwheels. Any size will work, but the quantity needed to make 24 pinwheels will vary.

Turkey can be substituted with another sliced deli meat, like ham or pepperoni.

Spinach can be substituted with any leafy greens you have on hand.

After assembling your tortillas, wrap them in plastic wrap or wax paper and store in the refrigerator for at least 30 minutes, up to one day. This gives your filling time to firm up, making them easier to slice.

Pinwheels are best served within about a day of preparing. They'll get soggy the longer they're refrigerated, so I suggest assembling them the day of an event if possible.

How to serve pinwheel sandwiches

Pinwheel sandwiches should be served cold. They can sit out for about 2 hours before needing additional refrigeration.

Serve them sliced into 1 inch, bite sized pieces on their own or with a toothpick inserted into the top for easy grabbing.

They make a great addition to a charcuterie board or cheese plate, along with some fresh veggies. 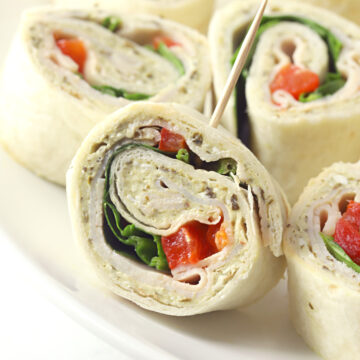