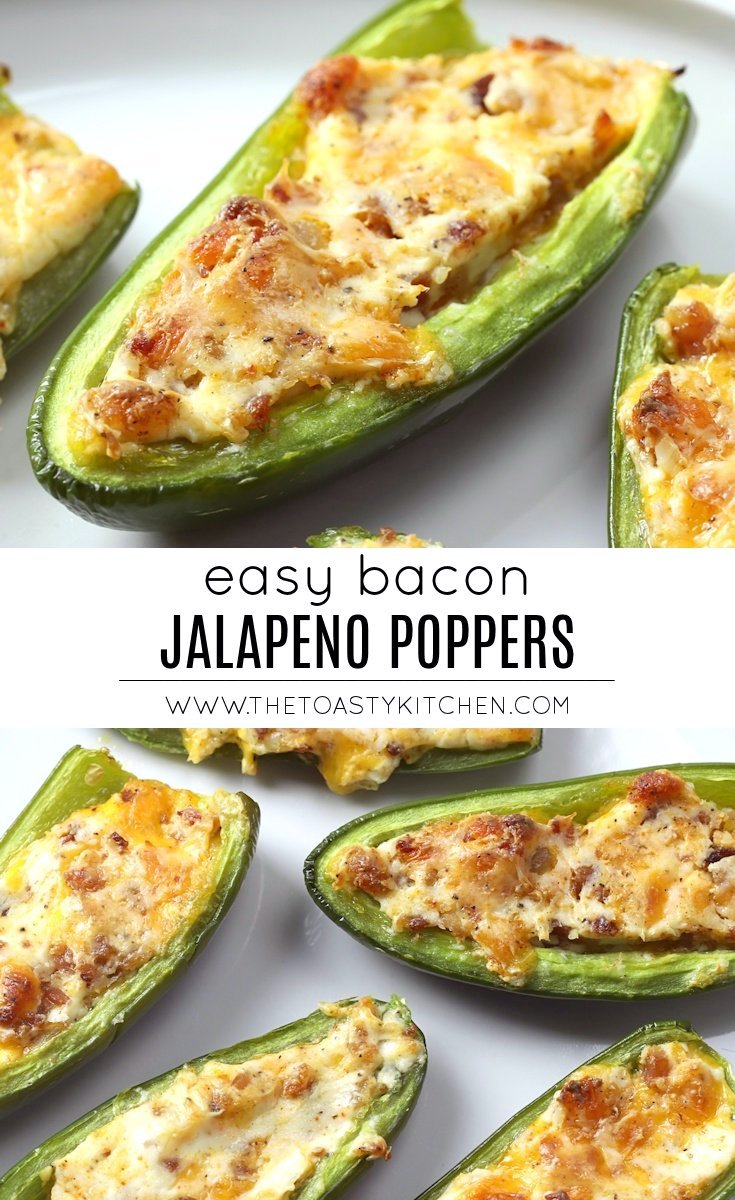 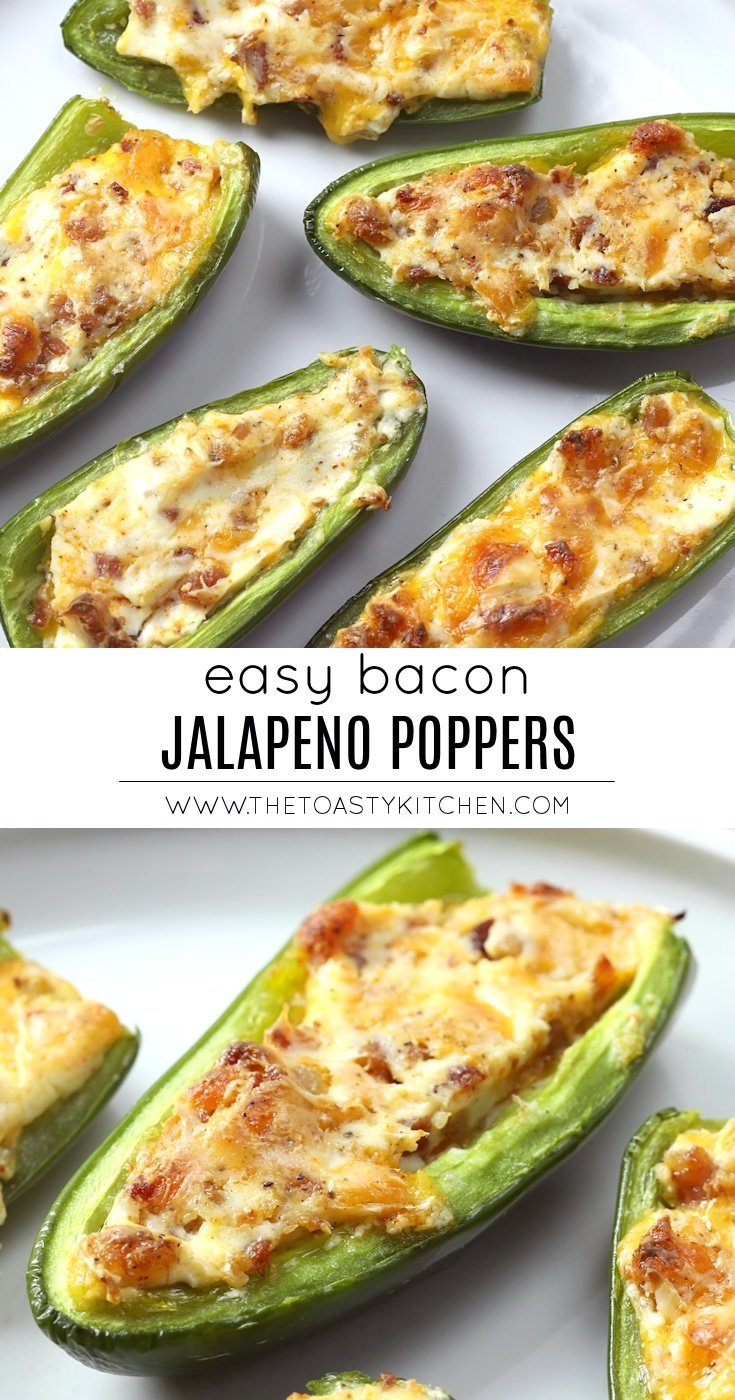 Bacon jalapeño poppers are a flavorful, low carb appetizer recipe - assembled in minutes. Jalapeños are filled with cream cheese, shredded cheddar cheese, bacon, and spices, then baked in the oven.

Bacon jalapeño poppers are an easy appetizer or weekend snack. Jalapeños are sliced in half and filled with a creamy bacon and cheese filling.

Baked in just twenty minutes, this appetizer is quick to assemble and get in the oven. Save time by using bacon bits or pieces, or cook your own bacon and crumble before assembling.

Serve these jalapeño poppers at your next football party, barbecue, New Year's Eve party, or as a Sunday afternoon snack.

For this recipe, you'll need about 12 ounces of jalapeños. This may vary from about 6 large peppers to 10-12 smaller peppers. This recipe would also work with mini sweet peppers for a milder flavor.

Your cream cheese can be full fat or low fat - I've made this recipe using both with success.

Save time by using bacon bits or bacon pieces. Or, cook your own bacon until crispy, allow to cool, then chop or crumble into small pieces.

Sharp cheddar cheese can be substituted with pepper jack cheese for an extra kick of flavor, or monterey jack cheese.

Can you make jalapeño poppers ahead of time?

Yes, you can make jalapeño poppers ahead of time! The great part about this recipe is that none of the ingredients perish quickly.

Assemble your jalapeño poppers a day or two ahead of time and store them (unbaked) in a sealed container in the refrigerator. Or, freeze them for longer storage.

To freeze, assemble as directed, then lay your uncooked poppers out on a baking sheet lined with parchment paper. Freeze until solid, then store in an airtight container or freezer bag until ready to use.

Your poppers can go straight in the oven from the freezer, but may take an extra 3-5 minutes to cook.

How many appetizers per person

Planning a party? Here's an easy way to determine how many appetizers to serve per person.

For a dinner party, plan about 6 appetizers per person, with two to three different options available. As an example, you could serve these jalapeño poppers with roasted garlic hummus and veggies, as well as a plate of bacon wrapped chicken bites.

For a cocktail party, where no main course is being served, plan 8 to 12 appetizers per person, with up to six options available. 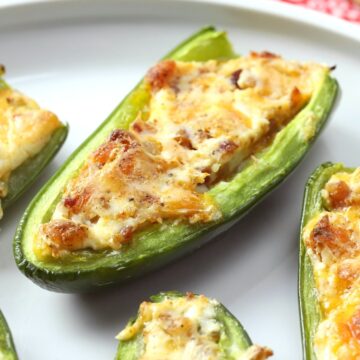